CSSL awards Kanishka Weeramunda with “ICT Leader of The Year 2018” 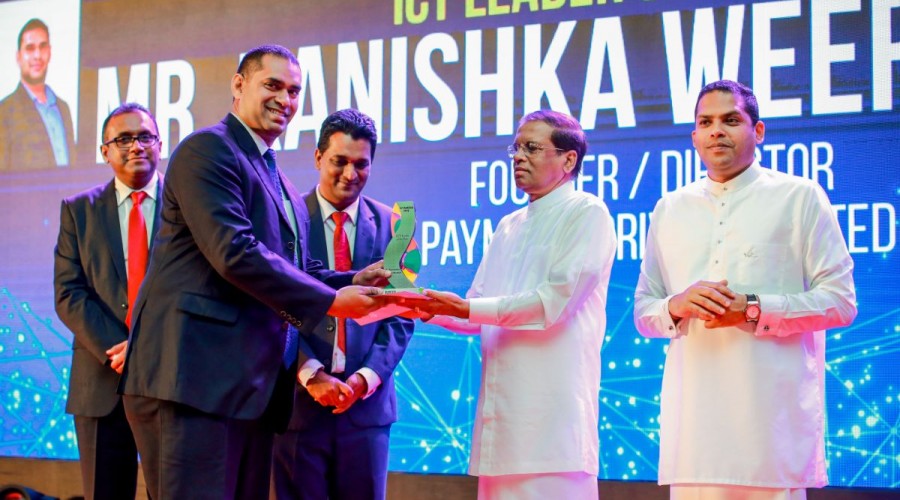 The Computer Society of Sri Lanka (CSSL) has titled Kanishka Weeramunda as the ICT Leader of The Year for 2018. The CSSL NITC Awards, which was held for the sixth consecutive time, celebrates the excellence in the IT Industry by awarding the finest and innovative professionals within the industry. His Excellency Maithripala Sirisena, President of Sri Lanka was invited as the chief guest to present the most prestigious award to Kanishka Weeramunda on the 2nd October 2018.

Kanishka Weeramunda is no stranger to the IT world as he holds 17 years of experience with 4 years of experience relating to the financial technological domain. His journey with entrepreneurship began at just the age of 19 when he had started his own company.  At the age of 24, Kanishka went into the corporate world, both locally and internationally. With time, he rose to become a CIO of a leading private sector group which managed over 22 companies in Sri Lanka. He then ventured into his own business predominantly in the banking sector. PayMedia Pvt Ltd., founded in 2014, works with the top banks in Sri Lanka, providing them innovative products such as the Cash Deposit Machine and Slipless Banking solution. Across the globe, the company is actively creating strategic partnerships with international companies in countries such as Australia and Netherlands.  In 2017, Kanishka had also founded two other startups which come under PayMedia; DirectPay, which serves as a simple, secure and convenient payment platform and Park and Pay, a mobile application that allows users to find parking and pay for parking through the application.

PayMedia has won numerous awards, including the Gold ICT Award for Smart Banking Start-up Company in 2015. Prior to the newly received award, Kanishka has also won CMI Management Excellence Award “Best CEO of the Year 2017” and “Best Future Leader of the Year 2017”. Over the years, Kanishka has mentored and coached many successful startups  and hopes to open up young minds towards the world of entrepreneurship in Sri Lanka. He has also lectured both in Sri Lanka and the Middle East in the respective field.

Patience, hard work and burning desire were what the business magnate pointed out as attributes to his success. As Kanishka Weeramunda strives forth to drive the company to its triumphs with his innovative thinking and strategic leadership, only time will show what is next.